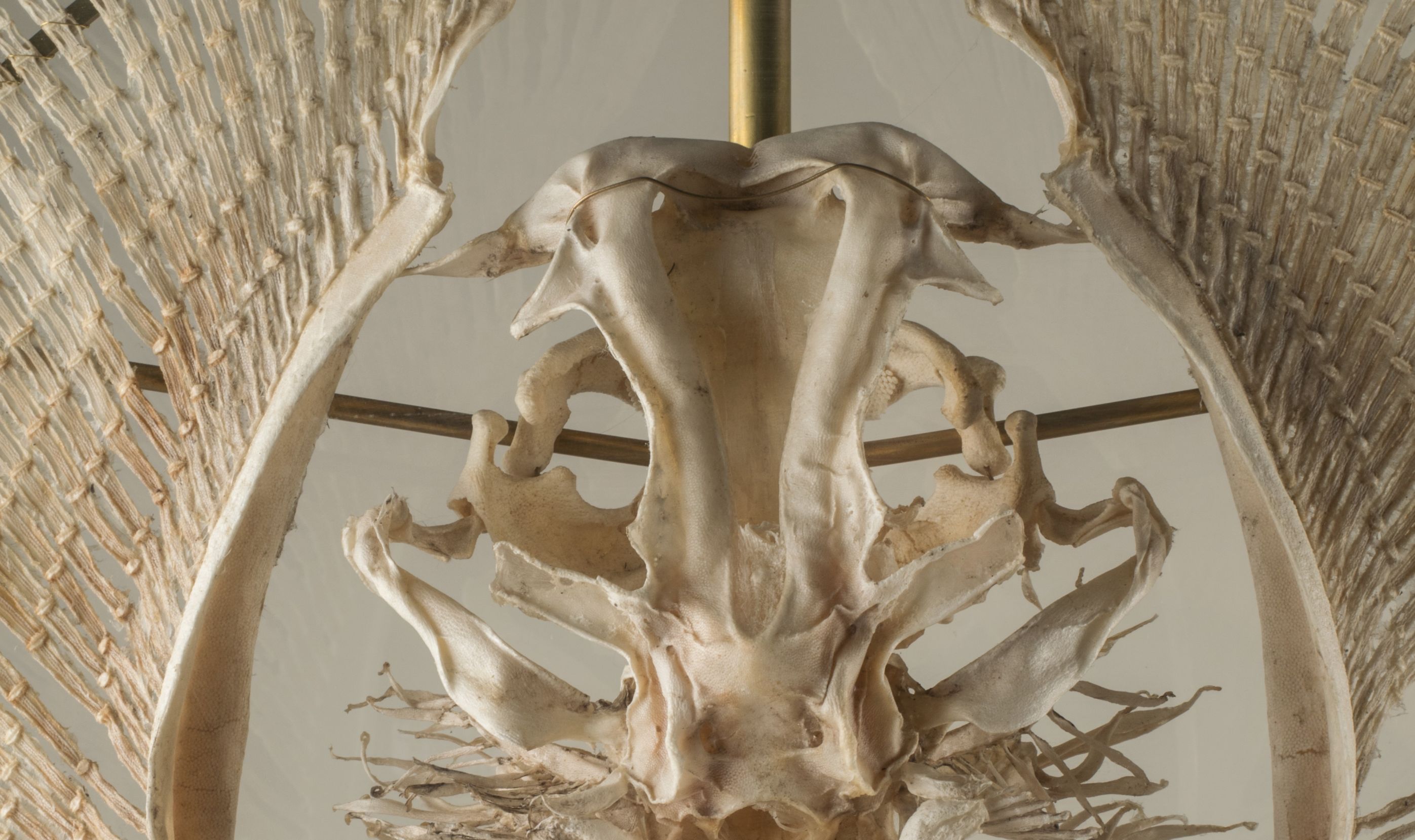 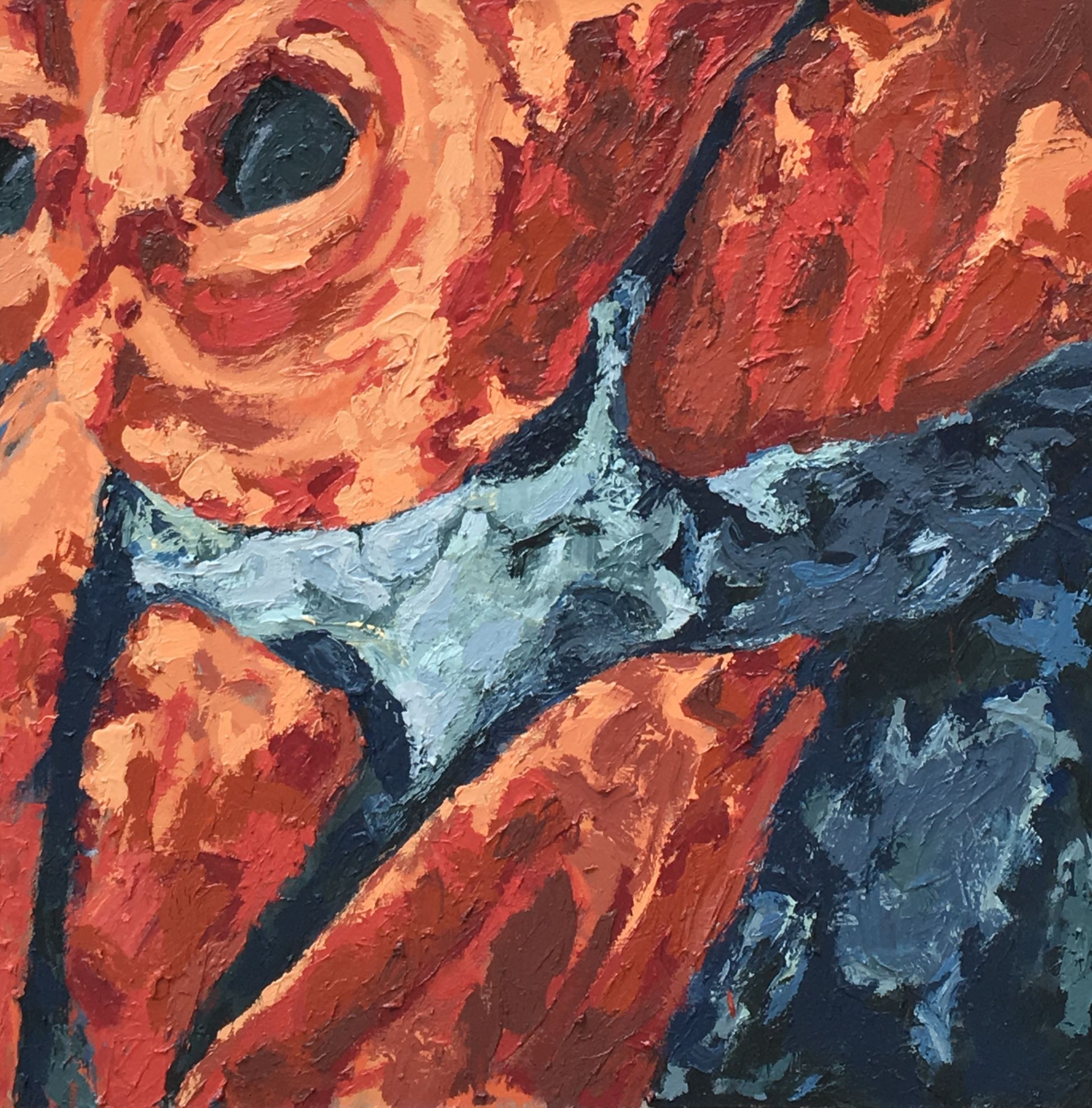 Items of the Month

Such dolls were mostly used for a so-called second funeral. After the deceased was buried, the remains were exhumed again a few months later. Sometimes pieces of hair or of bone were taken and inserted into these dolls. This allowed the relatives to always have a link with the deceased.Second half 20th C.

The 39-year-old gentleman had himself portrayed as an aristocrat in an idyllic landscape. At the time, parks and forests were environments associated with the lands and pastimes of the nobility. The sitter’s social position is also evident from his fashion-conscious look. He has put on a reddish-brown justacorps (a knee-length coat) with gold colored buttons. Under this vest, he seems to be wearing a simple white cravat. The blue sash with gold trim around the man’s waist, can be a mark of (high) military rank. This accessory was usually part of formal military attire. In some cases, the sash could also indicate the membership of a militia guild (like the “Kolveniers”). The provenance of the portrait is difficult to trace. On an old photograph of one of the rooms of castle ‘Ter Meeren’ in Zaventem, the painting is clearly visible. At the time, the estate was in the possession of Auguste Braun, a lawyer at the Court of Cassation in Belgium. Did the portrait belong to Mr. Braun’s family property or did he simply purchase it? Would it be possible that the portrait was bought together with the castle, that was owned by noble families for centuries? The gentleman’s long, curled locks fall on his red cloak. This is again another element that gives the portrayed a distinguished appearance. The slightly twisted pose of the sitter lends depth to the composition. His graceful posture – holding his right hand in his loin and letting his left arm rest on a balustrade - clearly breaks with the stiff Dutch portraits of the first half of the 17th century. At the end of the 17th century, the atmosphere could be a bit more playful and frivolous. The style and painterly quality of the work seem to indicate that the portrait was painted by Nicolaes Maes and his studio assistants. Although the master from Dordrecht painted portraits in addition to genre scenes at the beginning of his career, he profiled himself fully as a portrait painter from the late 1650s onwards. From about 1670 Maes chose to portray his clients in an idealized environment with allures that referred to the upper class, as is the case for this gentleman’s portrait. When the artist settled in Amsterdam in 1673, his clientele expanded considerably. In addition to notables from Dordrecht and Utrecht, now also administrators of t

Feather money was used on the Santa Cruz archipelago, a remote group forming part of the Solomon Islands for a very long time. The feather money consisted of a 9-meter strip of plant fibers covered with the small scarlet honeyeater (Myzomela Cardinalis) and often took the form of a double coil. One double coil was a trading unit that could not be subdivided and consisted of around 50 to 60 thousand red feathers. Production of the feather money was a 3-stage process. Each stage was carried out by a specialist who had received the magic skills from the spirits. The technique was passed on from father to son. In the first stage, the scarlet honeyeaters were caught by a bird-catcher, who painted a branch with a mulberry tree sap to act as glue. Once the bird was stuck in the glue, its feathers were plucked. A second specialist was responsible for making the platelets (called lendu) composing the coils using stiff pigeon feathers. The red feathers were then attached to each platelet. Altogether, it took 1500 to 1800 of these platelets to form 1 coil. Each coil took around 700 hours to make. The platelets were then taken to the coil-maker, who bound them all together to form a 9-meter-long coil. For storage, the coils were packed in leaves and cloths together with amulets and hung about 2 meters above the fireplace. One of the most notable uses of feather money was in payment of the bride price... Feather money has fallen into disuse since the beginning of the 20th century.

One of the pebbles in the right back corner is signed Peter Spicer & Sons. Spicer, Peter (1839–1935), taxidermist, was born in Jury Street, Warwick, on 28 October 1839, the son of John Spicer (1811–1866) and his wife, Emma, née Heynes.In 1860 John Spicer,had a shop at 33 Jury Street, Warwick, where the Victorian fancy for preserving dead animals in glass cases was starting to take off.John also went on to develop an interest in the relatively new invention of photography and captured realistic naturalist scenes to great effect. All these skills were taken to new heights by his son Peter, whose recreation of natural-looking montages of stuffed birds, stoats and pet dogs led on to him gaining a world-wide reputation for the art of taxidermy.By the 1870s he had expanded to Leamington where at one stage he seems to have employed some 30 workers in the curing, preserving and preparing of feathers, fur and skin to be set in natural-looking scenes of dried moss, grasses and rocks often set against a hand-painted backdrop that was a work of art in its own right.Peter lived to the age of 96.He died in 1935, by which time his two sons, William, from his first wife Ann Ward, and Gilbert from his second wife Lavinia Williams, were both running the hugely successful business that had contracts from India and East Africa. They continued to run the business until 1959. Peter Spicer & Sons was regarded as one of the greatest British taxidermist firms. He was a true naturalist with vision ,an artist and a totally competent taxidermist.The high quality of his work and acute attention to detail resulted in many high profile individuals, including royalty, buying his pieces. Bibliography : -Very nice short documentary on Peter Spicer & Sons https://www.youtube.com/watch?v=lFKTYYG0FJU -History of British Taxidermy Hardcover – 1 April 1987 by Christopher Frost -A Record of Spicers 1798-1960: History of a Famous Taxidermy Firm Peter Spicer and Sons of Royal Leamington Spa Hardcover – 1 Oct. 1901 by Robert James Chinnery - A History Of Taxidermy: Art, Science And Bad Taste by Pat Morris"